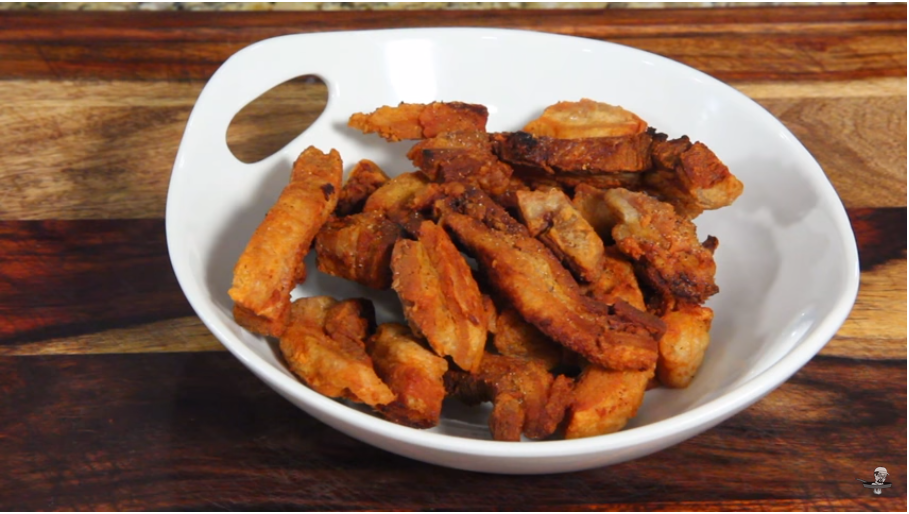 Alice Owens contacted us and said "I grew up in rural Virginia, where we often had crackling bread. We did not have our own hogs but neighbors who did always shared. Does anyone know how to create a similar "crackling" at home from pork fat/skin that would make this ole time bread?

From time to time I have purchased "cracklings" in a local grocery store, but they don't work. They are just hard and tasteless. the cracklings I remember seemed to melt in the cornbread...Thanks in advance

Here is my recipe for Homemade Cracklings

Cut the pork rind into (1/4-inch) thick strips. Bring a pot filled half with salted-water to a rolling-boil. Add in the pork-strips, and boil for 1-minute. Remove from heat. Rinse well.

Preheat oven to 400 degrees. Arrange pork-strips on a baking sheet in a single layer. Sprinkle on top with sea salt, and cayenne (if spicy cracklings), and a little brown sugar (for a sweet, salty, bacony taste).

Bake homemade cracklings for about 25 to 30-minutes, or until golden-crisp, flip them a few times to make sure they cook evenly.

Remove crackling pieces from the oven. Drain cracklings on paper-towels, or on clean newspapers, and cool.

Store your homemade cracklings in an airtight container.

Give my recipe a try and let me know what you think by posting your comments here.