Have you ever tried homemade cinnamon bread rolls?  If not you're in for a real sweet delicious treat.  The cinnamon rolls recipe that follows is simple and results in bread rolls that are pretty tasty.  I bet you won't be able to stop yourself from eating all of the rolls.

For the extremely busy or novice baker, we have simplified this recipe by using frozen or ready-to-bake bread rolls.

That said, lack or time or cooking knowledge should be no excuse for trying out this quick and easy cinnamon rolls recipe.

Get in the kitchen and try out the recipe NOW.

This is one of those recipe that you can use to get the kids involved and excited about cooking and baking.

I have tried this recipe with a group of small kids and they easily prepared the recipe and really enjoyed eating the cinnamon rolls.  I have prepared this recipe a few time for breakfast and served the rolls with fresh fruit, orange juice. and coffee (for the wife).  This was a very easy breakfast to prepare.

This recipe provided courtesy of https://www.soulfoodandsoutherncooking.com/

So having tried out the recipe what do you think?  I know the cinnamon rolls do taste sweet and delicious.  Yes, I know they taste so good that you don't want to share.  I feel the same way about this recipe.

RECIPE OF THE WEEK


RECIPE OF THE DAY

GET A FREE KETO COOKBOOK 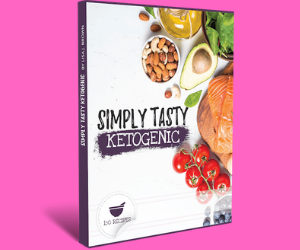